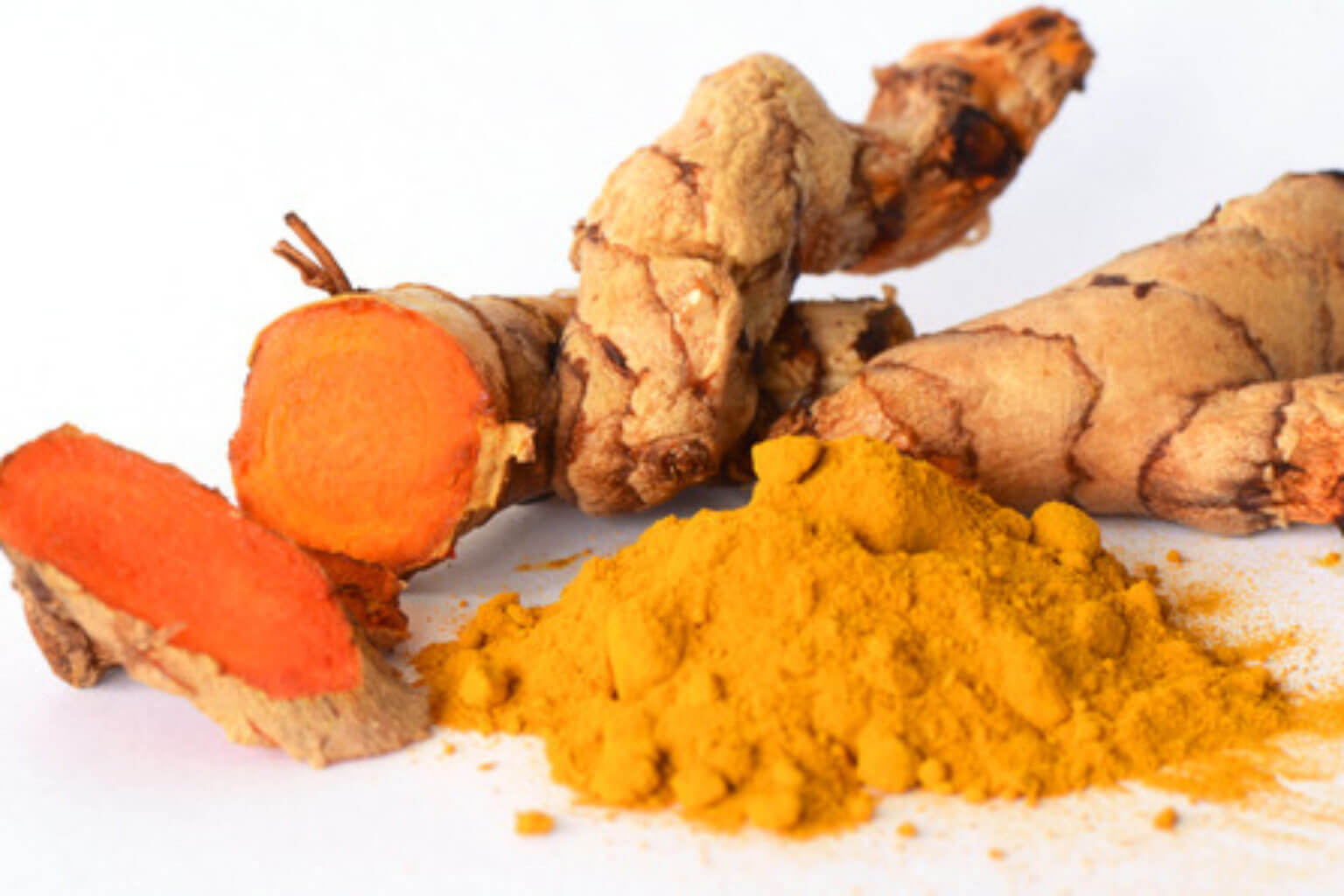 Turmeric (Curcuma longa) has been used in India for at least 2500 years and is known to have antiseptic, anti-inflammatory, detoxifying and carminative (gas preventing – yes it reduces farts) properties[1]. It seems that Western society has just caught on to the properties of turmeric and news media[2] are reporting that it’s the next great dietary supplement. So I thought I’d take a look at some of the science and see if bright yellow turmeric rice, curries and turmeric lattes can be useful in our diet.

Turmeric can be used in food as a preparation from the Curcuma longa root, which looks a bit like ginger, or in its processed and powdered form. There are also turmeric supplements being marketed by many companies. It’s the curcumin, or the compound that makes turmeric bright yellow, that is said to be of benefit in the body.

Turmeric has been recommended for and studied in relation to many ailments, including joint aches and pain, diabetes, heart disease, dementia and cancer. The research studies relating to turmeric are generally small in size and difficult to apply to broad populations, but show positive trends and scope for further study.

Chronic inflammation causes the joint aches and pains seen in osteoarthritis and other chronic pain syndromes, and there is some evidence[1] that curcumin reduces cytokines, the substances in the body that produce inflammation. Applying these findings to arthritis has started, with small studies showing that turmeric supplements can alleviate joint pain and other arthritis symptoms[2]. One study had a small group of people take 1000 milligrams of curcumin per day, and by the end of the study reported reduced pain in comparison with a placebo group. The authors of this research also found that the curcumin supplement may even be as effective as ibuprofen (a common anti-inflammatory medication) in reducing pain.

Curcumin can be beneficial in preventing insulin resistance, reducing high blood sugar and in reducing the toxic effect of high blood sugar levels. Research studies about these issues have mostly been conducted on animals, with few human trials. There has also been research into curcumin and reducing cholesterol levels, and it’s been observed that curcumin can slow down blood clotting.

As well as being anti-inflammatory, research is showing that curcumin inhibits the plaque formation in the brain that characterises some dementia, especially Alzheimer’s disease.

The prevalence of Alzheimer’s Disease in India is about 4 times lower than in the United States. Is this due to curry consumption? One study found that individuals who reported low or moderate curry consumption in their diet, better cognitive performance – brain function – was seen[3].

One of the more popular areas for curcumin research is in the area of cancer prevention and treatment. Again laboratory and animal trials show positive signs but human trials are few. Small case studies have shown reduction in pre-cancerous lesions and tumours[4]. There is also evidence for curcumin in easing the side-effects of radiation therapy, such as dermatitis[5]. It appears there is a lower rate of cancer in the Indian population, and this has been linked to turmeric consumption[6], but there are no long term research studies supporting this observation yet.

Turmeric in the diet

So the science is far from definitive, but you’ve decided that one billion Indians must be onto something, and you wish to see if turmeric can help you. Whether you choose to take turmeric as foods in your diet or as a supplement, there are issues to consider.

Dosage is about 1 gram per day, whether as turmeric powder or a supplement. If you use good old turmeric powder from the spice rack, take about half a teaspoon per day. By way of comparison, the Indian population, who eat large amounts of turmeric, consume on average about 2-2.5 grams of turmeric per day, or about 100 milligrams of curcumin[7].

Side effects can include nausea or diarrhoea, but turmeric is generally well tolerated. Take care if you have been prescribed anti-coagulant drugs (blood thinners), as turmeric can interact with these medications. Always tell your medical doctor if you are taking turmeric supplements, as it is not recommended to be taken after surgery or if you have gallstones or a bile duct obstruction.

Not all the curcumin you eat as turmeric is absorbed into the body. You can improve the absorption rate by eating healthy fats or piperine (black pepper) with the turmeric. That may explain why curries, with a mixture of spices and fats like coconut milk or cream, can be beneficial.

What are some easy ways to increase your turmeric intake, without having to worry about another tablet each day? Try adding turmeric powder to rice, giving it a golden yellow glow. Add some turmeric powder to your pepper grinder, which adds small doses each time you season your food with pepper. Try some fresh turmeric, which you can use just like ginger and combine with onion, carrots and celery as the basis for curries and stir fries. Or try a turmeric latte – add a tablespoon of turmeric and a teaspoon of cinnamon to warm nut milk, and sweeten with some honey.